In a perfect world, everybody would be kind and act in good faith towards one another. Unfortunately, that is not always the case in our reality.

Whether intentionally or not, conflict is bound to arise, and people wrong each other every day.

We’ve all been wronged at least once, but some folks have a very difficult time getting over it.

When that’s the case, they may try to harm whoever has done something to cause them pain, annoyance, or inconvenience.

While revenge can be taken to the extreme, most people simply want to give someone a taste of their own medicine; these people believe that “turnabout is fair play.”

What Does “Turnabout Is Fair Play” Mean?

This phrase means that it’s ok to take revenge on someone who has harmed you. If someone has inconvenienced you or hurt you in some way, then you may say “turnabout is fair play” and harm them in return. This phrase is a reminder that actions have consequences, and if you hurt somebody, then you should expect them to hurt you back.

Where Does “Turnabout Is Fair Play” Come From?

The term entered the English vernacular sometime in the 1700s. While some sources claim that this phrase was first used in the context of cards or other forms of gaming, there is no agreement on who first said it. Although its origins may be a little murky, it has always been said to express that, in some cases, revenge is justified and should be expected.

How to Use “Turnabout Is Fair Play”

A person can use this phrase when you retaliate after someone does something wrong to them.

Gary: Why did you hit me back? I didn’t hit you that hard!

Ronald: Well, turnabout is fair play. If you don’t want someone to hit you, then don’t hit them in the first place!

You can also use this phrase to describe revenge or retaliation between other people.

Linda: Can you believe that Tim is having an affair with Randy’s girlfriend?

Alex: Randy has bullied Tim for years! Since turnabout is fair play, it’s not surprising that Tim did something to hurt Randy when the opportunity presented itself. Maybe Randy should have been a little nicer to him…

While you may find that your revenge is justified, other people may feel differently.

Nelson: I just saw something crazy. Billy made a joke about Chandler’s height, so Chandler responded by spilling his entire beer on Billy!

Kelly: I know that turnabout is fair play, but wasn’t his reaction kind of extreme?

When is the phrase “turnabout Is fair play” appropriate?

In many contexts, “turnabout is fair play” can seem very cruel, vindictive, or mean-spirited. As with most phrases and idioms, there is a right time and wrong time to say it.

This phrase is acceptable in informal settings where people aren’t expected to work together. You can use it jokingly with your friends, or you can say this phrase to talk about more serious examples of retaliation.

However, you should try not to use this phrase in a setting where people expect cooperation and teamwork.

For example, your employers would probably frown upon you undermining a rival coworker by claiming that “turnabout is fair play.” When it comes to serious cases of revenge and retaliation, this is also true for friends and family.

While your friends and family may do things that aggravate you from time to time, it is not very wise to act vengefully in such relationships.

For example, when a friend forgets your birthday, you shouldn’t intentionally forget about their birthday and claim that “turnabout is fair play.”

Sometimes, friends loved ones make mistakes, but you shouldn’t hold their mistakes against them or make them feel any worse about them than they already do.

Although some people may say that “turnabout is fair play” and “revenge is a dish best served cold,” the desire to seek vengeance is not healthy.

Sure, it may hurt when someone is unkind or inconsiderate towards you, but will you actually feel better by doing the same thing back to them? 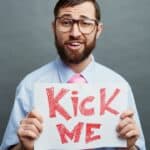 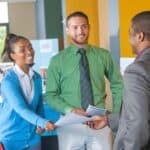 Should I Staple My Resume for a Job Fair? The Answer 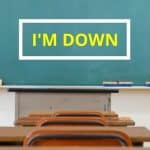 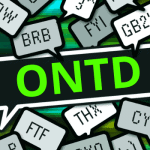 If someone wrongs you, it’s totally fine to report them to the authorities, refuse to trust them, and cut them out of your life, but you shouldn’t seek to intentionally hurt them back.

After all, life is too short to remain bitter. While “turnabout” might be “fair play,” will it really make you happy?

Instead of focusing on revenge, hate, and negativity, it’s better to take the high road, learn from the experience, and channel your energy towards something constructive.