English has a lot of words that sound similar and have similar meaning.

In some cases, like homonyms and homophones, the meanings and sounds, respectively, are identical. However, there are other cases where words are close but not quite the same.

One good example is the word pair “retailer” and “reseller.”

What is the difference between “to retail” and “to resell”?

The verb “to retail” means to sell products to consumers through a retail business like a grocery store or other shop. The verb “to resell,” on the other hand, means to buy something from someone and then sell it to someone else. Although retailing is a type of reselling, in today’s economy “to resell” usually means buying something from a retail store and then selling it to consumers at a higher price, often online.

What a retailer does

So, what is a retail business?

According to the Oxford English Dictionary, “retail” is a noun meaning to “sell goods in relatively small quantities for use or consumption,” and is an antonym of “wholesale.”

The word comes from post-classical Latin, where “ad retallam” meant something like “cutting a piece off.”

If you think about this as a metaphor, rather than a literal cutting, the retailer is the person or business who buys products in large quantities and then ‘cuts’ them into small portions, selling each to the consumer.

Examples of general retailers in today’s economy include Walmart, Target and Fred Meyer.

There are also more specific retailers who focus on a specific industry such as shoes (Famous Footwear, Designer Shoe Warehouse), outdoor gear (REI, Columbia Sportswear) and candy (See’s Candies, Lolli and Pops), as well as almost every type of product you can imagine.

The word “retailer” is a noun and can be used in a sentence to describe any company whose main purpose is to sell products directly to ordinary people. You can also use the word “retail company” or “retail store” as near synonyms.

“Retailers suffered in the early 2000s as shopping malls became less popular, although online retailers such as Amazon boomed.”
“My brother worked full time at a retailer for thirty years, and to this day he has a hard time not helping people find the things they want when he goes shopping.”

These example sentences talk about the retail industry in various ways, using the word “retailer” to describe the types of stores being discussed.

How a reseller earns money

Although the words sound similar, a reseller has a very different function in the consumer economy than a retailer.

Resellers are individuals or companies that purchase things and then resell them to someone else.

Technically, you could think of a retailer as a type of reseller, as the word “reseller” literally just means “someone who resells something.”

In practice, however, the word “reseller” has come to take on a more specific meaning in the post-2010 consumer economy.

Today, a reseller is usually someone who purchases things at retail price from a retailer, rather than from a wholesaler, distributor or production company, and then sells it at a higher price to consumers through an Internet storefront.

Resellers have always existed, but in the age of online commerce they have really come into their own as a force to be reckoned with.

Internet-based retails like Amazon have allowed people to easily sell rare items in bulk online, and today even primarily physical companies like Walmart and Target allow resellers to use their websites to sell items.

The benefit for the retailers is that they get to take a percentage of the sales. 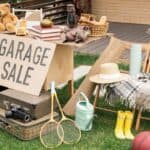 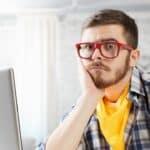 “Nonetheless” vs. “Nevertheless” — Here’s the Difference 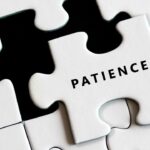 “Be Patient” vs. “Have Patience”: Knowing the Difference

In most cases, resellers fill a perfectly respectable niche in the consumer economy, helping make products more widely available to those who don’t live in the area as popular or specialty retailers.

If you’ve ever purchased something online that’s only available in another country, for example, chances are good that you bought it from a reseller.

Sometimes, though, resellers can engage in shady activity like price gouging, where they purchase all of a popular item and then resell it at a very high markup.

In some cases, this can even be illegal. At least one man got in legal trouble for purchasing all the hand sanitizer and face masks he could find at the start of the COVID-19 pandemic and then trying to sell them at a high markup online.

Like “retailer,” the word “reseller” is a noun, and you can use it in any sentence to refer to a person or company that engages in reselling items to consumers.

“Many resellers had their business impacted by COVID-19, as they were unable to go to stores in person and buy products to resell.”
“To be a successful reseller, you need a good sense of what items are going to be popular so you can purchase them at regular price and still make a profit by selling them on to consumers at a higher price.”


The difference between a retailer and a reseller

Typically, resellers buy things from retailers and then sell them at a higher price, but the word can also be used more generally to describe anyone who buys and sells items.

Although the words do have similar meanings, they aren’t identical, and it’s important to pay attention to which is the correct word in each context.

“Online retailers like Amazon usually allow you to see if you are purchasing a product from the retailer itself or from a third-party reseller.”

In this sentence, both “retailer” and “reseller” are used. The sentence also clearly describes the difference between the retailer and a reseller.