What do you get when a squirrel walks into a tree? An expression with unfortunate implications.

Every language has its own unique turns of phrase that describe everyday things in figurative, idiomatic language.

English, as we all know, is no exception. Ever seen a pig in a poke? How about a fish out of water? Told somebody that a bird in the hand is worth two in the bush?

Today, we’ll take a look at a different animal-related idiom, “even a blind squirrel finds a nut once in a while.”

What is the meaning of “even a blind squirrel finds a nut once in a while”?

“Even a blind squirrel finds a nut once in a while” is an expression used to say that even an unreliable person can succeed sometimes and that succeeding once doesn’t prove someone is reliable.

The saying is ableist, so it’s better to use “even a stopped clock is right twice a day” instead.

Of squirrels and nuts

At the core of this idiom is the fact that squirrels eat nuts. As a result, a squirrel who can’t find nuts can’t eat and may die.

This means that the most successful squirrel is the one that can most easily find nuts.

On the other hand, squirrels that struggle to find nuts aren’t reliable. They can’t be trusted.

Now take this metaphor into real life. Some people are successful squirrels, finding metaphorical nuts with ease as they finish assigned tasks.

Others are not so great and might struggle to accomplish anything at all for a variety of reasons.

In this expression, the word “blind” is used to show unreliability and accompanying surprise when someone (squirrel or person) does succeed.

Unfortunately, this is where “even a blind squirrel finds a nut once in a while” runs into trouble. Let’s take a brief digression to talk about the ableism at the heart of this expression.

A note on ableism

Ableism, if you’re not familiar with the word, is discrimination against people with disabilities.

In this case, the expression contains some pretty ableist language, assuming that blindness is such a debilitating disability that even squirrels can’t be successful and survive if they’re blind.

Although blind animals probably do have shorter lifespans, the problem is that using this kind of language also implies you feel the same way about blind people.

Of course, that’s probably not the case, but if you use this saying, you run the risk of people assuming you’re ableist.

To be on the safe side, and to avoid inadvertently insulting blind individuals, it’s better to use “even a stopped clock is right twice a day,” which is explained below.

Back to the expression in question, it should be pretty clear by now how to use it in a conversation.

To make it explicit, though, this is an expression you can trot out to show that you’re not impressed by somebody doing something.

In fact, it says you’re so far from impressed that you think they must have succeeded through sheer chance because they’re usually completely unreliable. 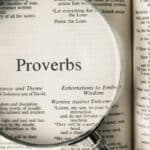 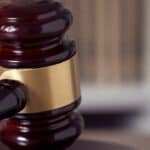 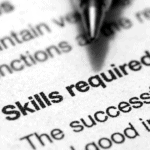 All About Blind Job Postings 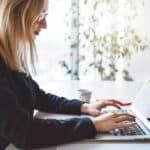 Think of that coworker who constantly messes up the simplest of tasks. A car you’ve been following for a few miles that’s run three stops signs in a row.

If any of these people suddenly did something right, you could use this expression to note your surprise and reinforce the fact that you think they’re still useless.

To be honest, it’s not a very nice expression even if you set aside the ableist language.

“I’ve spent all year trying to get the mailman to deliver packages at the back door instead of leaving them on my porch to get stolen. Yesterday he actually did, and I thought he’d finally got it. But then today he went back to putting them out front.”

“Well, I guess even a blind squirrel finds a nut once in a while.”

“Wow. Even a blind squirrel finds a nut once in a while, huh?”

These dialogues show other examples of a person who’s generally unreliable occasionally succeeding at a task.

As you can see from the last example especially, it’s actually a pretty mean expression to use.

“Even a blind squirrel finds a nut once in a while” isn’t the only expression in town. Here are some others to try out.

In this expression, the squirrel has been replaced by a pig and the nut by an acorn, but otherwise nothing has changed. However, this version of the saying is unfortunately still ableist.

Even a stopped clock is right twice a day

A clock face has 12 hours printed on it, with a minute and hour hand that point to the current time. Because each day goes through the cycle of hours twice, even a clock that has no batteries will still end up pointing to the correct time twice a day.

This expression still implies that succeeding at something occasionally isn’t very special, but it does so in a way that uses no ableist language at all because it’s talking about clocks that don’t work instead of using a disability as a synonym for failure and unreliability.

Every dog must have its day

This expression means that everyone succeeds sometimes but doesn’t imply scorn. Instead, it’s used to encourage people to keep trying until they succeed or have a streak of good luck.

The science behind how squirrels find buried food

Given the meaning of this expression as “even an unreliable person sometimes succeeds,” it’s ironic that squirrels don’t actually rely on sight much to find food.

Instead, it turns out that most squirrels detect their food by smell, with the eastern gray squirrel able to find buried food under as much as a foot of snow.

Blind squirrels may still face increased risk of being eaten by predators, but when it comes to finding their own food they’re just as reliable as any other type.