You can find a variety of unique and interesting people across the world. A quick train ride could take you to a new land with different cuisines, religions, and languages.

In each new land, the local people may have their own connotations, feelings, and images of the inhabitants of other areas. For instance, upon hearing about anything that has to do with Sweden, Norway, and Denmark, an American may suddenly get the urge to shout “hinga dinga durgen.”

What Is the Meaning of “Hinga Dinga Durgen”?

The phrase “hinga dinga durgen” is used to imitate the general sound of the Scandinavian languages. It was first used in the Spongebob Squarepants episode “Leif Erikson Day.” Leif Erikson Day is a holiday that celebrates the European discovery of North America by a Norse explorer known as Leif Erikson. In this episode, the main character and his friend dress up as stereotypical Vikings and repeat “hinga dinga durgen” to celebrate the holiday.

Generally, when someone says “Scandanavia,” they’re referring to the countries of Denmark, Norway, and Sweden. Norwegian, Danish, and Swedish are very closely related languages, and the three countries have been split up and unified in several different ways over the centuries.

Their histories are deeply intertwined, and there are many common cultural elements between the three countries, so they are often grouped together under the term “Scandinavia” when people talk about the region.

When and How Would Someone Say “Hinga Dinga Durgen”?

People mostly say “hinga dinga durgen” when they are talking about Scandinavian people or things.

To native English speakers, Scandinavian languages tend to have a very peculiar rhythm. Therefore, some people find the sound of these languages humorous.

Albert: We should go to Ikea to pick up a bookshelf for our new apartment. Can you come with me? I may need some help loading it into the truck.

Rhonda: I’ll go with you, but they’d better have Swedish meatballs at their café. Hinda dinga durgen!

Ikea is a Swedish furniture retailer that can be found across the world. Therefore, when Albert suggested going there, Rhonda saw it as an opportunity to show off her best Scandinavian impression.

In the next example, Ross and Tim are watching a TV show about Vikings.

Ross: Vikings were so cool. I wish I could have been one!

Tim: They sure were. I bought this cool Viking helmet for a party. Check it out!

Ross: Holy cow! It has horns and everything. Hinga dinga durgen!

Vikings were sailors in the early medieval period. They typically spoke Old Norse and came from modern-day Scandinavia or another Nordic area.

Often, they are shown wearing horned helmets in popular media, but this depiction is ahistorical. Still, many people associate Vikings with the horned helmet. Therefore, if they see such a helmet, then they may be tempted to say “hinga dinga durgen.”

This phrase is extremely informal, so you should not use it in any professional environment.

Since older people have probably not watched Spongebob Squarepants, they may not understand the reference. Furthermore, using this phrase in front of a Nordic person may be offensive or annoying.

Leif Erikson Day is an official holiday in the United States. However, the holiday is only celebrated by descendants of Scandinavian immigrants.

These people may gather with family members or friends for an informal lunch or dinner. Some municipalities throw big festivals that include various Scandinavian dishes and cultural events.

Outside of these family groups and municipalities, the holiday is relatively obscure.

Do Scandinavian, Nordic, and Norse Have the Same Meaning?

Since Scandinavia encompasses Denmark, Norway, and Sweden, objects, ideas, or people from those places can be referred to as Scandinavian.

While some people may use “Nordic” or “Norse” interchangeably with “Scandinavian”, these terms do not have the same meaning. 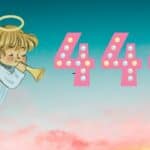 The Spiritual Meaning of 444 — Revealed! 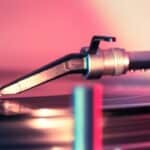 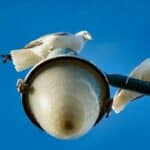 The Spiritual Meaning of a Pair of Doves — Revealed 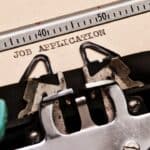 The term “Nordic” refers to anything from Denmark, Norway, Sweden, Iceland, Greenland, the Faroe Islands, the Aland Islands, and Svalbard.

For example, Finland used to be under the rule of the Kingdom of Sweden for several centuries.

Finland has since gained its independence, but Finnish students are still expected to study Swedish for many years in school.

Greenland, the Aland Islands, and the Faroe Islands are all territories or autonomous regions of other Nordic countries. Iceland was settled by Norse Explorers in the 800s, and it was under the jurisdiction of various Scandinavian countries until the 20th century.

“Norse” is a term that is used to describe the ancestors of the modern Scandinavian peoples.

They spoke a language that is now known as Old Norse, and this language eventually developed into Icelandic, Swedish, Norwegian, Danish, and Faroese.

Due to the Scandinavian settlement of the British Isles in the early medieval period, many modern English words are derived from Old Norse.